There seems to be a stigma associated with Triple H in most wrestling fan’s eyes. Every day you’ll see someone post on a forum or say on a podcast how much of an ego Triple H has & how he’s only where he’s at because of who he married & so on & so on. After a while, it starts becoming a bit redundant & lazy. It’s easy for everyone to just cast Triple H aside as the reason why things are the way they are because he’s just out to bury anyone. They say that but at the same time enjoy how well NXT is being produced.

I’m not going to pretend that the last 15 years didn’t happen, though. It’s pretty obvious that from 2000 to about 2006, Triple H was all about himself. The so called “Triple H Reign Of Terror” was an actual thing, being handed the World Heavyweight Championship without doing anything to deserve it, going over the likes of Ric Flair, Shawn Michaels, & Randy Orton in order to put himself on top. There’s no doubt the man played politics in his prime & I agree the guy was a scumbag. 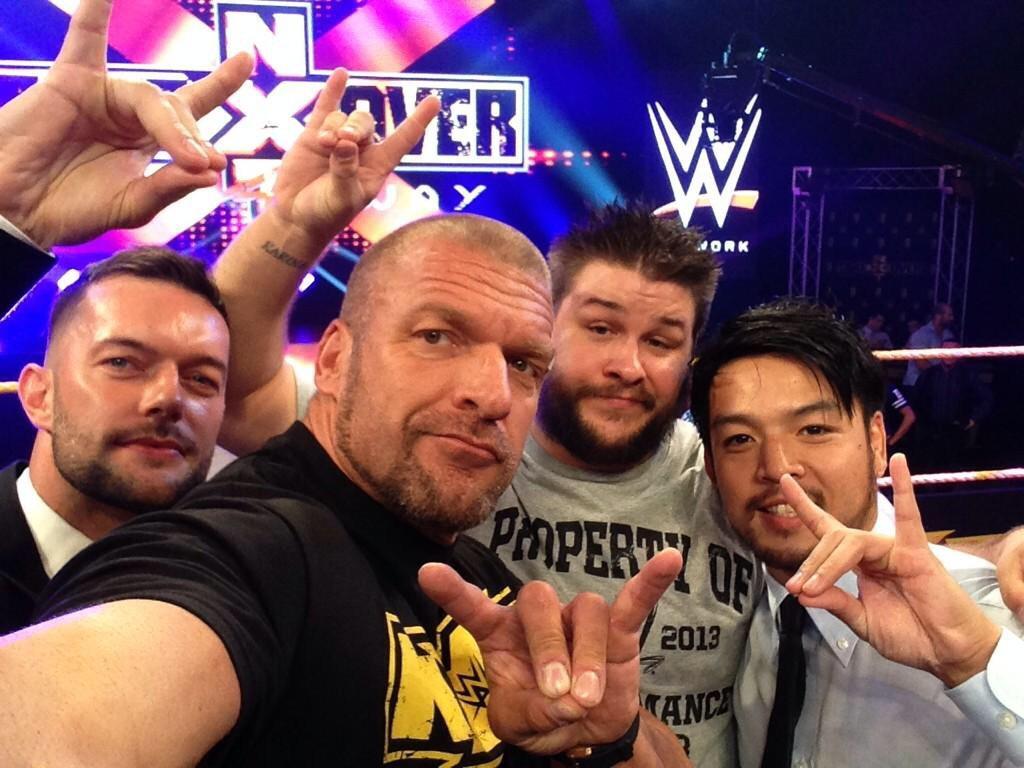 But, as most people tend to do, he grew up. At some point, he realized that it can’t be all about him & that if the WWE was going to survive in the future, they needed to focus on younger, fresher talent being assimilated into the WWE system. NXT is by far the greatest thing to come out of WWE since the Attitude Era. The focus on pure wrestling & athleticism, attention to detail in story lines & character development. Everything that made WWE & wrestling in general great is present in NXT & that’s in part due to Triple H’s love for the business. He knows what gets over & what doesn’t & even if things go the way he planned, he adapts & runs with it. Why do you think Blue Pants is such a hot commodity in NXT? Sure, he may be calling all the shots backstage, but he is giving more creative freedom to the writers so that they can actually do what they were hired to do & be creative. (As opposed to Raw & Smackdown where the writers only exist to please Vince McMahon)

The fact that the first women’s main event in WWE is happening at the next NXT Takeover special, & it being the first ever women’s iron man match, should tell you how much faith he’s putting into the guys & gals on the NXT roster & how important everyone is, even the lower midcard plays an important role. So I want more people to stop bashing Triple H for what he’s doing on TV because frankly, there’s 99.99% chance that it’s not him giving himself these long winded promos & it’s a certain 70 year old who can’t let anything be different than what he’s done for the past 25 years. Let’s start appreciating that Triple H is building the foundation for the future of WWE & if things go his way, the future is definitely looking bright.